A Convention to Remember 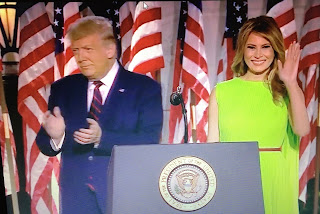 The Republican National Convention wrapped up late last night with President Trump's acceptance speech as the Republican candidate for the 2020 election. And what a convention this was. Far from being hampered by the limitations of the corona virus, the campaign staff took advantage of the opportunity to film pieces in a variety of historic locations, such as Lincoln's boyhood home and Baltimore's Fort McHenry. An impressive variety of speakers from all walks of life testified to President Trump's startling accomplishments over the last 3 1/2 years.

To top it off, last night's grand finale served up colossal fireworks over the Washington Monument as well as a triumphant rendition of Nessun Dorma sung by New York tenor Christopher Macchio from the White House balcony. (The concluding words of the aria are, appropriately, "At dawn, I shall win!") Once again, President Trump and his team have succeeded in inspiring the country toward great things. 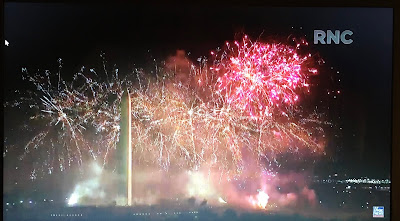 The RCGSA meets monthly to discuss both local and national topics of importance to Republicans. Each meeting includes a featured speaker or activity to better inform our members on important issues. The evening begins with time to socialize and order food, followed by the program. Membership is $35 for a couple, $25 for a single, and $10 for students. Dues may be paid at the meeting by cash or check (made payable to RCGSA) or by check mailed to P.O. Box 4482, St. Augustine, FL 32085.